The medicament ENDOFERIN®, developed and patented by our Company, represents a new approach to the complex treatment of endometriosis, based on the use of natural regulators of hormonal homeostasis and cyclic processes in the endometrium.

Unlike existing medicaments, ENDOFERIN® is not a steroid hormone preparation and has an excellent safety profile.

DESCRIPTION OF THE PRODUCT ENDOFERIN

Proendoferin is a complex of proteins derived from cattle ovarian follicles.

— the protein bovine serum albumin stabilizer, with М.м. about 66 kDa; biologically active protein superfamily TGF-β with the immunological specificity of inhibin βA with MM. about 56 kDa.

— lyophilized powder for the preparation of a solution for intramuscular introduction.

other medicaments used in gynecology.

Experimental data and results of clinical trials have shown that ENDOFERIN® has an inhibitory effect on ectopic endometrial tissue, leading to its inactivation and atrophy. It reduces pain and hyperpolymenorrhea associated with endometriosis, causes regressive changes in endometriotic foci, significantly inhibits the production of proinflammatory cytokines interferon-γ and tumor necrosis factor-α. ENDOPERIN® does not violate reproductive function, does not have a locally irritating, allergenic and mutagenic effect. 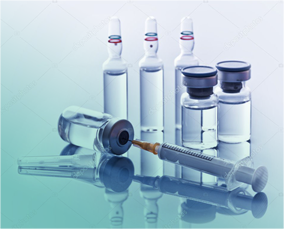 Endometriosis is a common chronic hormone-dependent gynecological debilitating disease that affects almost every tenth woman of childbearing age, in which endometrial cells grow in various internal organs of the human body, penetrating the thickness of the muscle layer, where they should not be available normally. Since the endometrial tissue has hormone receptors, the same cyclic changes occur in it as in the normal endometrium, manifested by monthly bleeding in localization foci.

In recent years, endometriosis leads in the frequency of distribution, giving way only to sexually transmitted infections. Doctors sound the alarm: a little-studied disease affects thousands of young residents of large cities, choosing mainly women of reproductive age as their target.

This problem is very relevant worldwide. According to various estimates, endometriosis occurs in 10-30% of women of childbearing age and up to 50% of cases of infertility. Endometriosis is less common among women with multiple births (27%) than among infertile women (30–40%) and is found in about 70% cases of patients who turn to doctors complaining of pelvic pain.

As the analysis shows, to date, there were no cardinal treatments for endometriosis. The most effective ones — hormone therapy, surgical treatment and their combination are not always applicable, they give many complications and frequent relapses of the disease. So, with the surgical method of treatment in 60% of cases, a relapse of the disease is observed, in 40% infertility occurs. Hormonal medicaments are expensive, provide only temporary clinical effects and have undesirable indirect effects. After discontinuation of hormonal medicaments, as a rule, the disease reappears.

Based on the monitoring of modern medicaments presented on the pharmaceutical market for the treatment of endometriosis, according to the mechanism of action, ENDOFERIN® is an innovative medicament that has no analogues in the whole world clinical practice.

The materials posted on this site are for informational purposes only and are not an advertisement for the manufacturer and the pharmaceuticals manufactured by him. In the case of the use of drugs, it is necessary to consult a specialist.